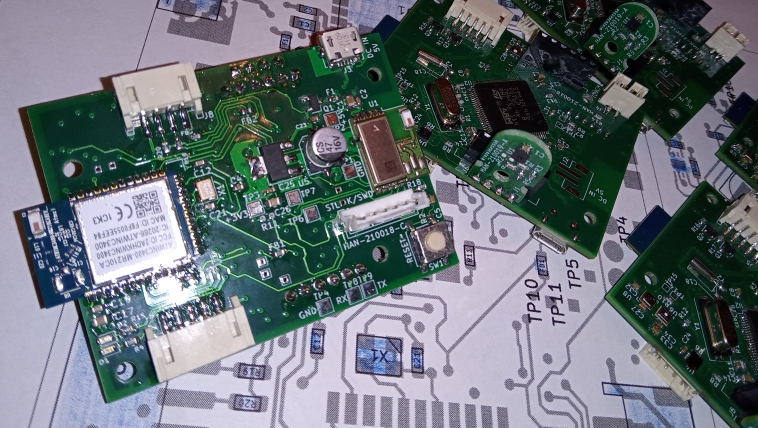 
Programming a Z8F041A micro before the PCB arrived. 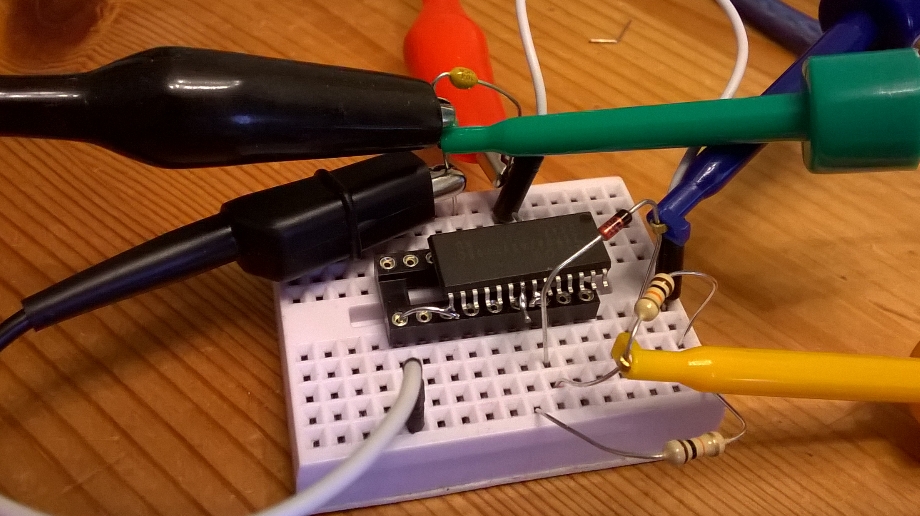 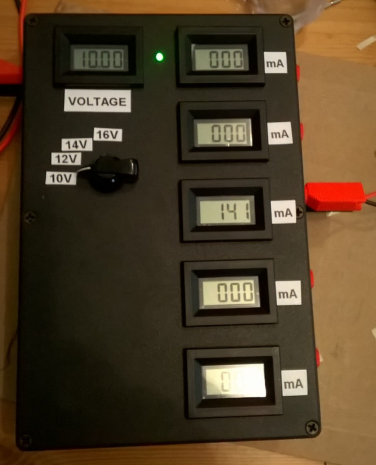 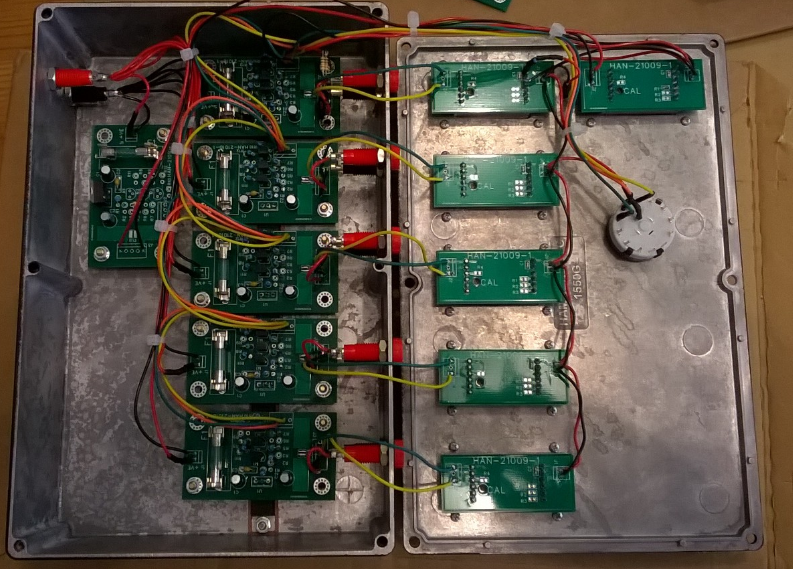 
Circuit design and PCB layout of a controller board on 4 layer PCB with 2 DCDC convertes, 4.5A output, LED buck driver, 8 bit micro, double sided placement. Thermal image shows the switching FET and diode of the DCDC stabilised at a reasonable 55C while delivering 3.5A to a load. 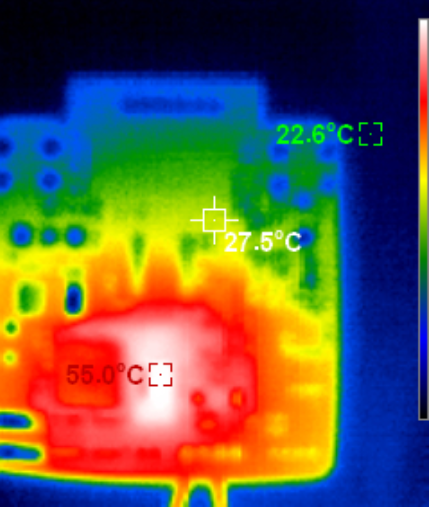 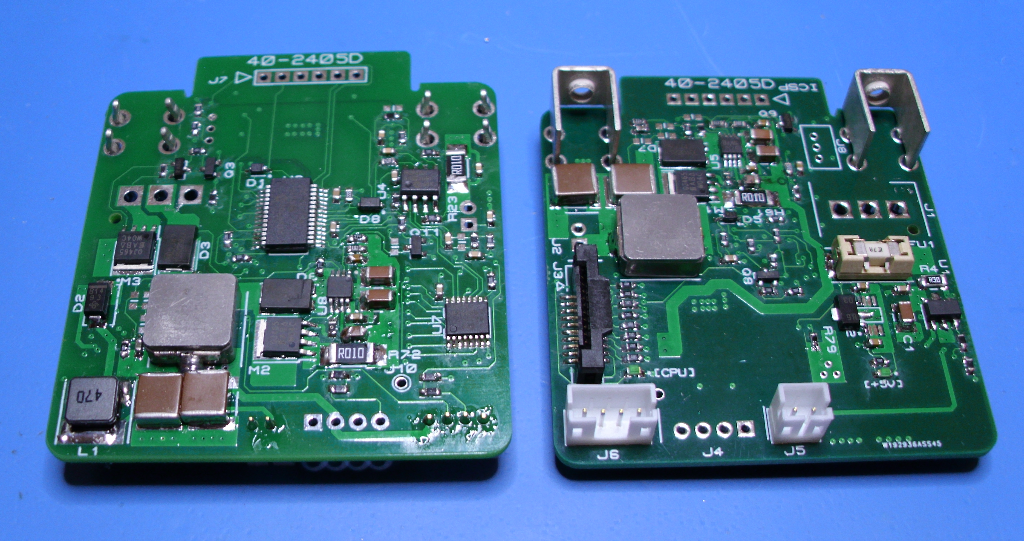 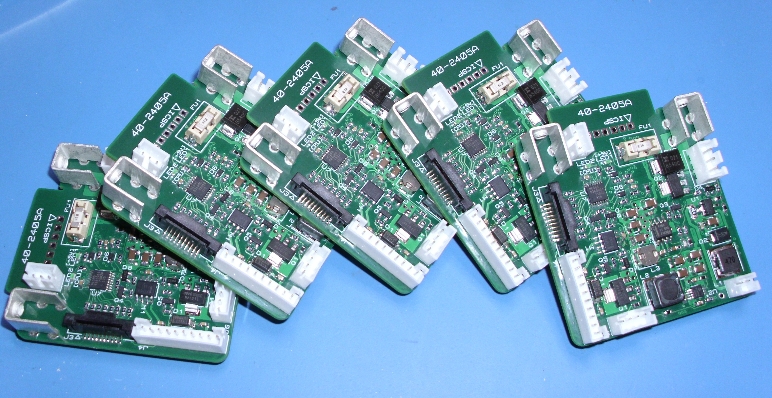 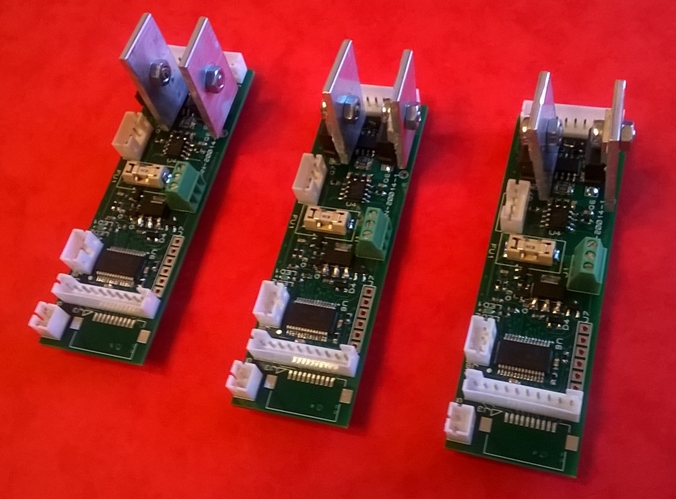 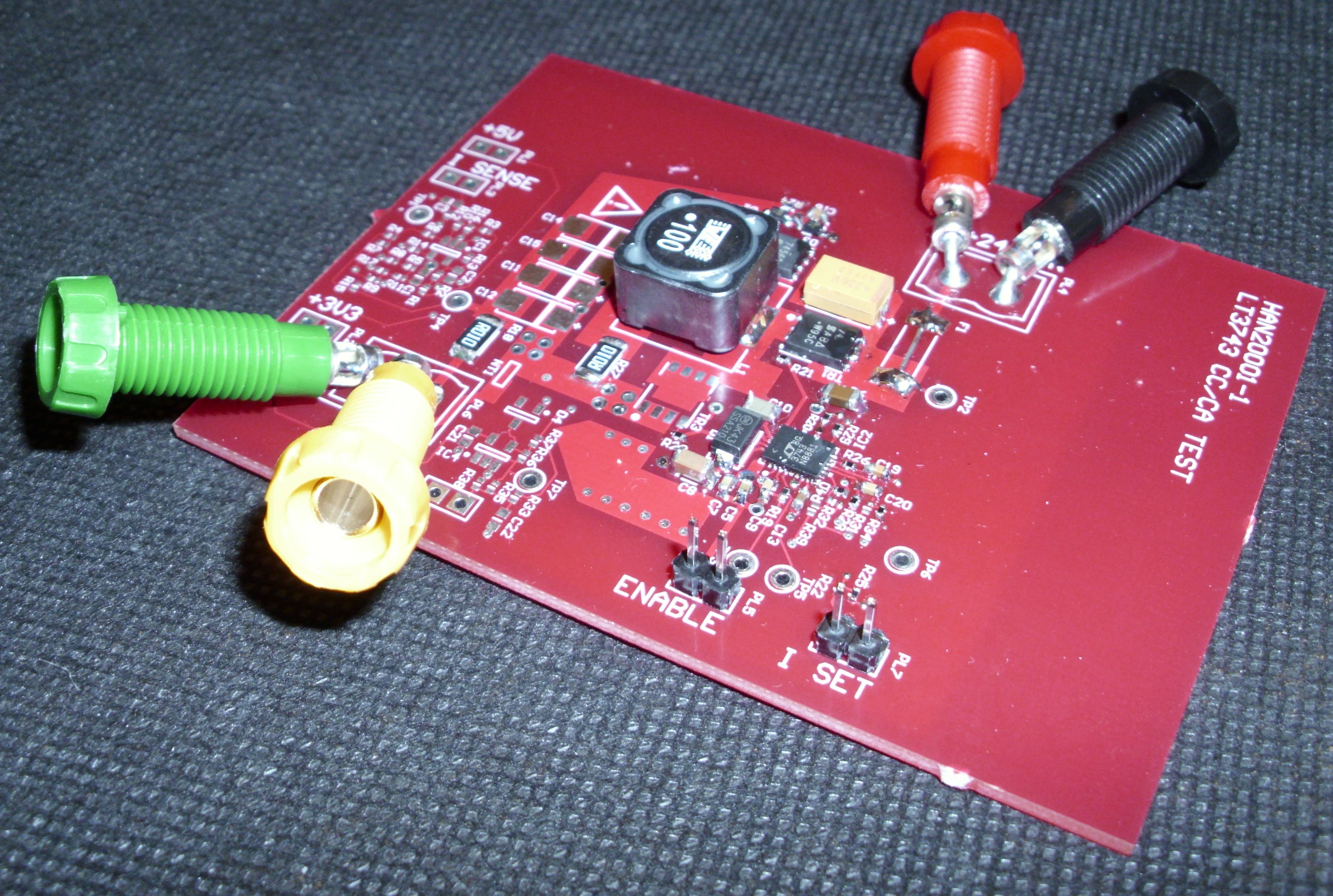 
With care solder-less proto-boards can be used even for surface mount devices, in this case a quick test of an LED driver IC from Diodes inc. Obviously care must be taken to understand the strays introduced into the circuit. 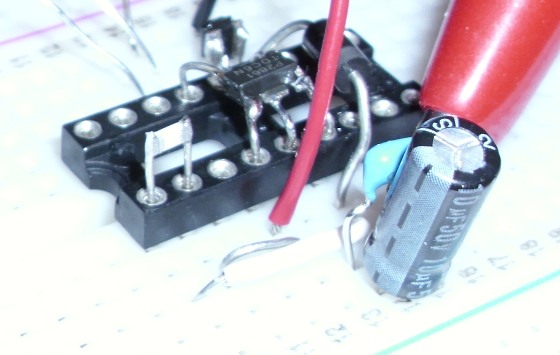 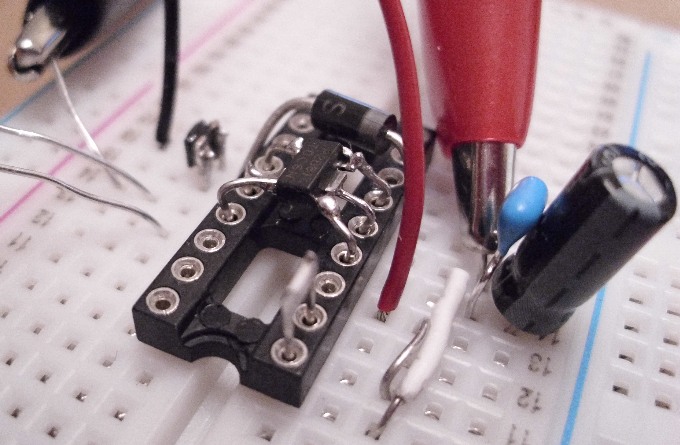 Dealing with QFN packages like the accelerometer below can require a little more effort. The wire is 0.1mm tinned copper 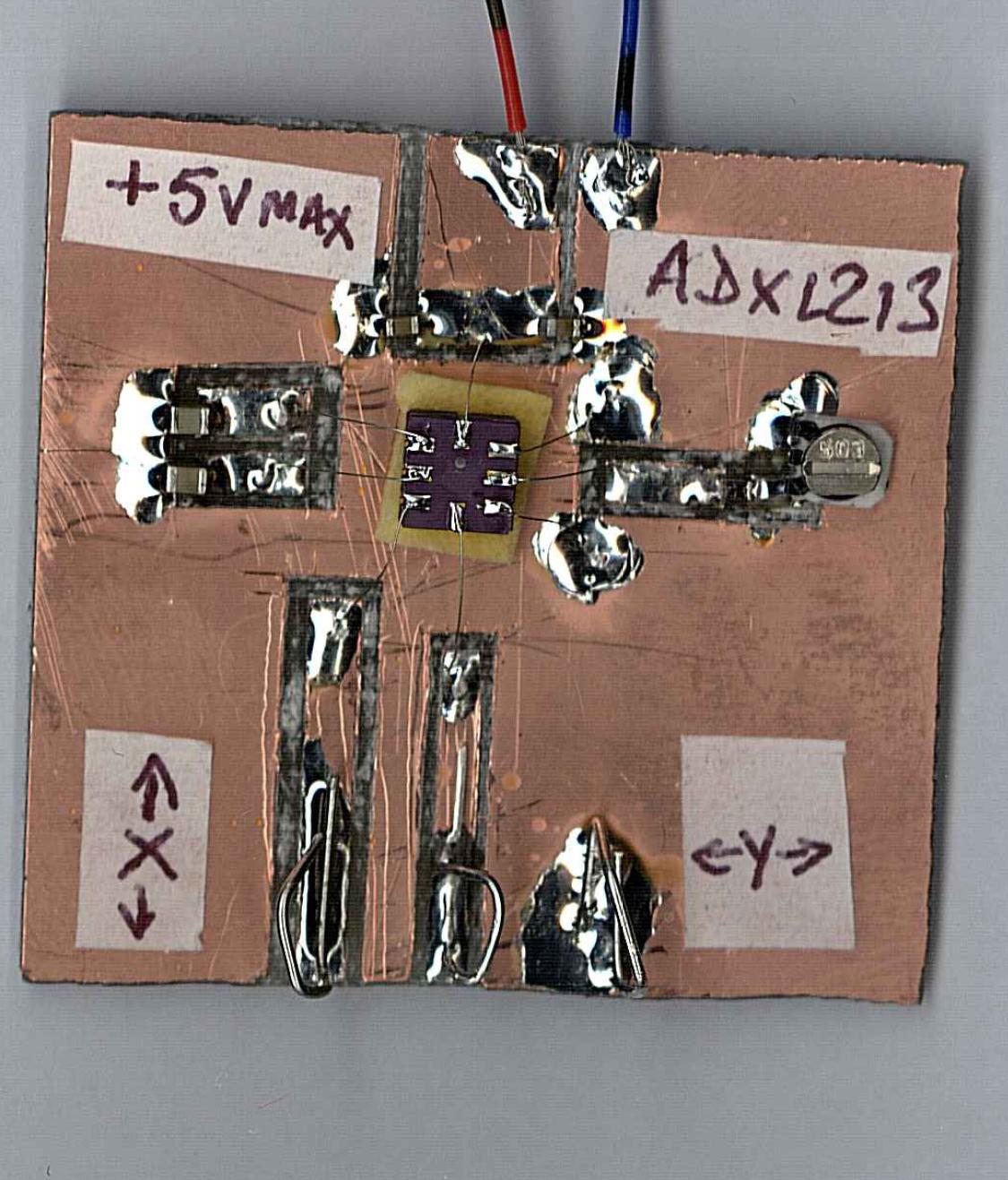 Test Jig for small PCB including in circuit programming (October 2019) 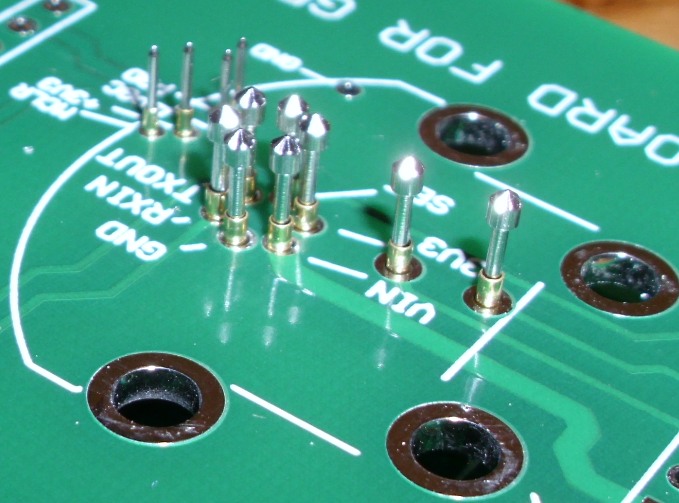 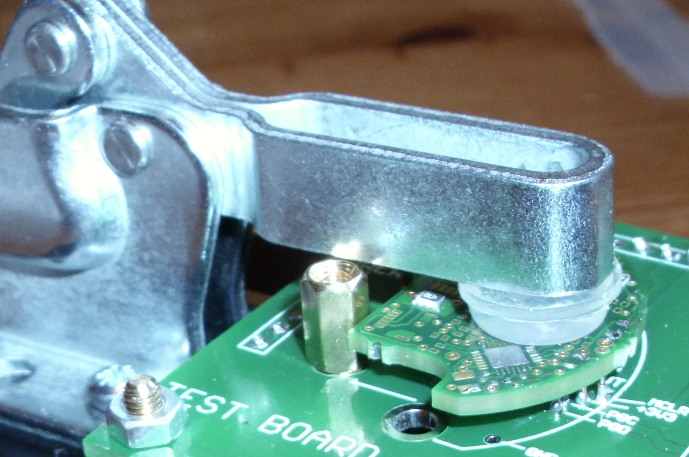 
Compact version of the programmer - to be available as a kit. 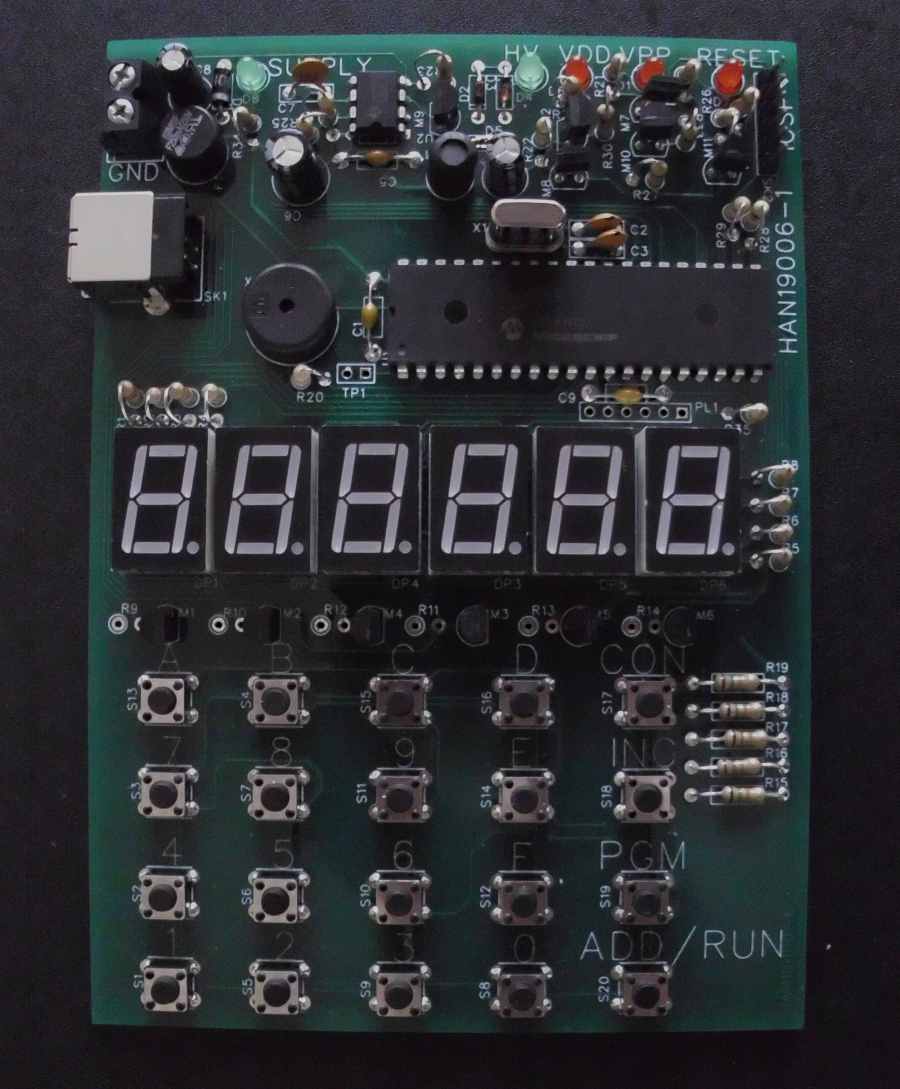 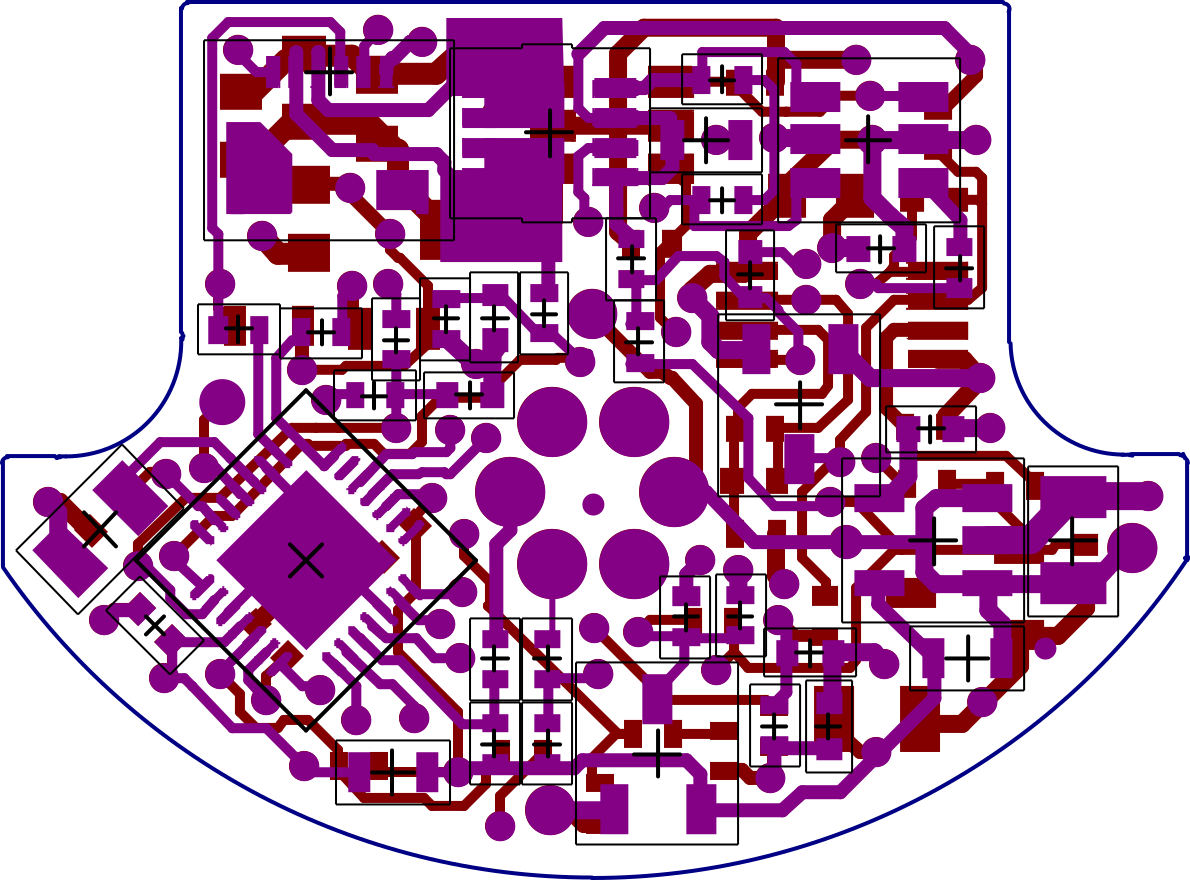 A project to replace the Z80 based controller of a packing machine with a Microchip PIC based design with added fuctionality and buit in diagnostics. 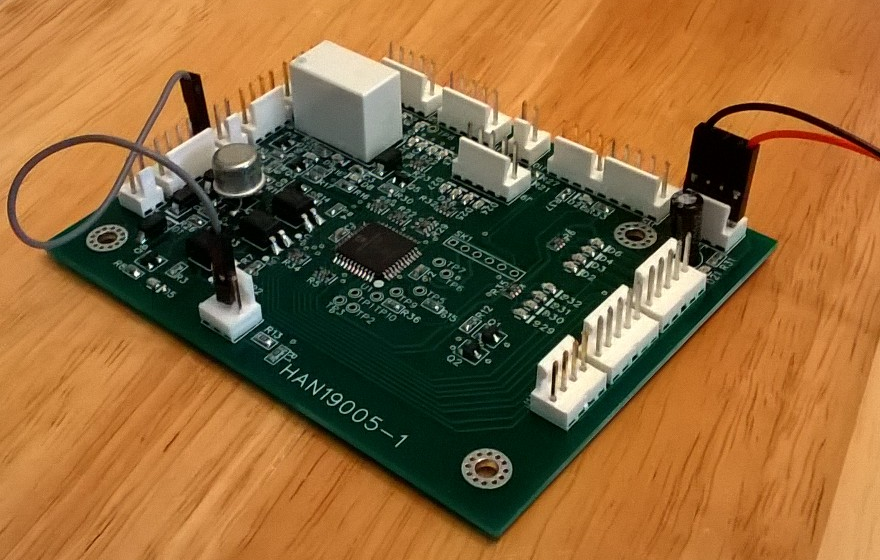 The perforation detection system uses a high voltage to cause air breakdown when the perforations, to aid tear off, come between the electrode and the feed bar at the back of the machine. The typical voltage to cause ionisation breakdown for the air is 3kV/mm. Bag thickness is <100um, and flattness better than 0.25mm implying reliable breakdown at the perforations with voltages >1000V. The HV circuit uses a flyback transformer coupled to a Cockroft and Walton multiplier to charge a 1nF high voltage capacitor. When the spark occurs the capacitor is discharged via the primary of a pulse transformer allowing the spark current to be detected.

Video of the prototype system in action, the red LED flashes when the perforations are detecetd.


Unfortunately programming micro-controllers usually requires a PC with some sort of programmer attached. It seemed to me that there should be a simple PIC programming solution much like the development boards for microprocessors that were common in the 1970/80s, one with just a HEX Keypad and a row of seven segment displays. If you only need to program a few tens of words then doing it by hand is no hardship.

The key aim was to produce something low cost, no more expensive than the USB connected programmers available but not requiring a PC or any complex software, also because the program would be entered by hand there is no need to support every single part, particularly the very large memory parts now available. 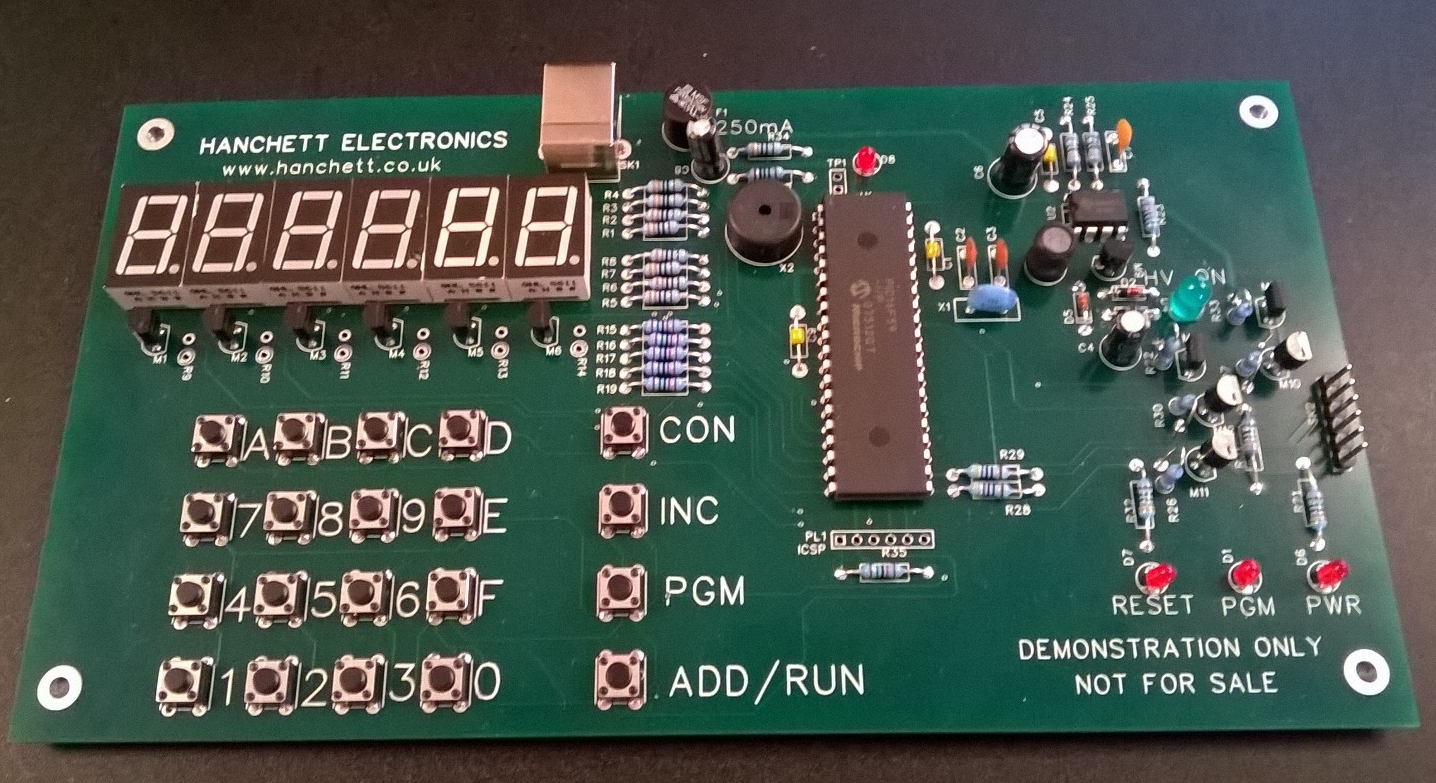